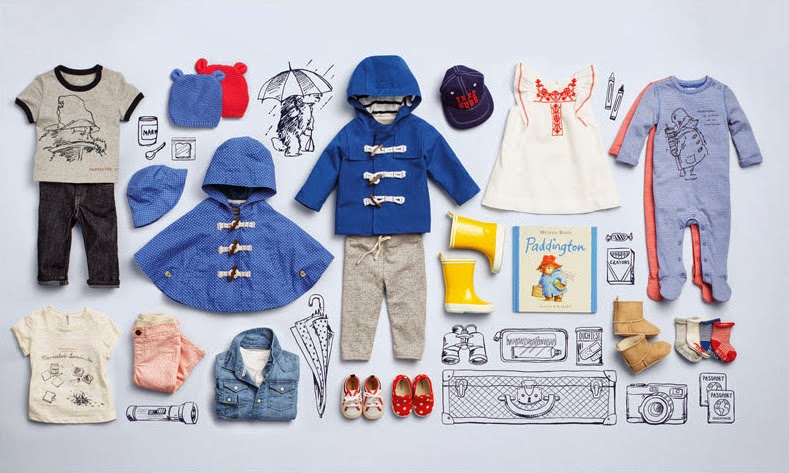 The just launched Paddington Bear for babyGap collection is so absolutely adorable! I'm dying over the yellow wellies, his-and-hers toggle outerwear, and cozy basics printed with illustrations of the iconic teddy bear. Check out the complete collection here, and some of my favorite picks below: 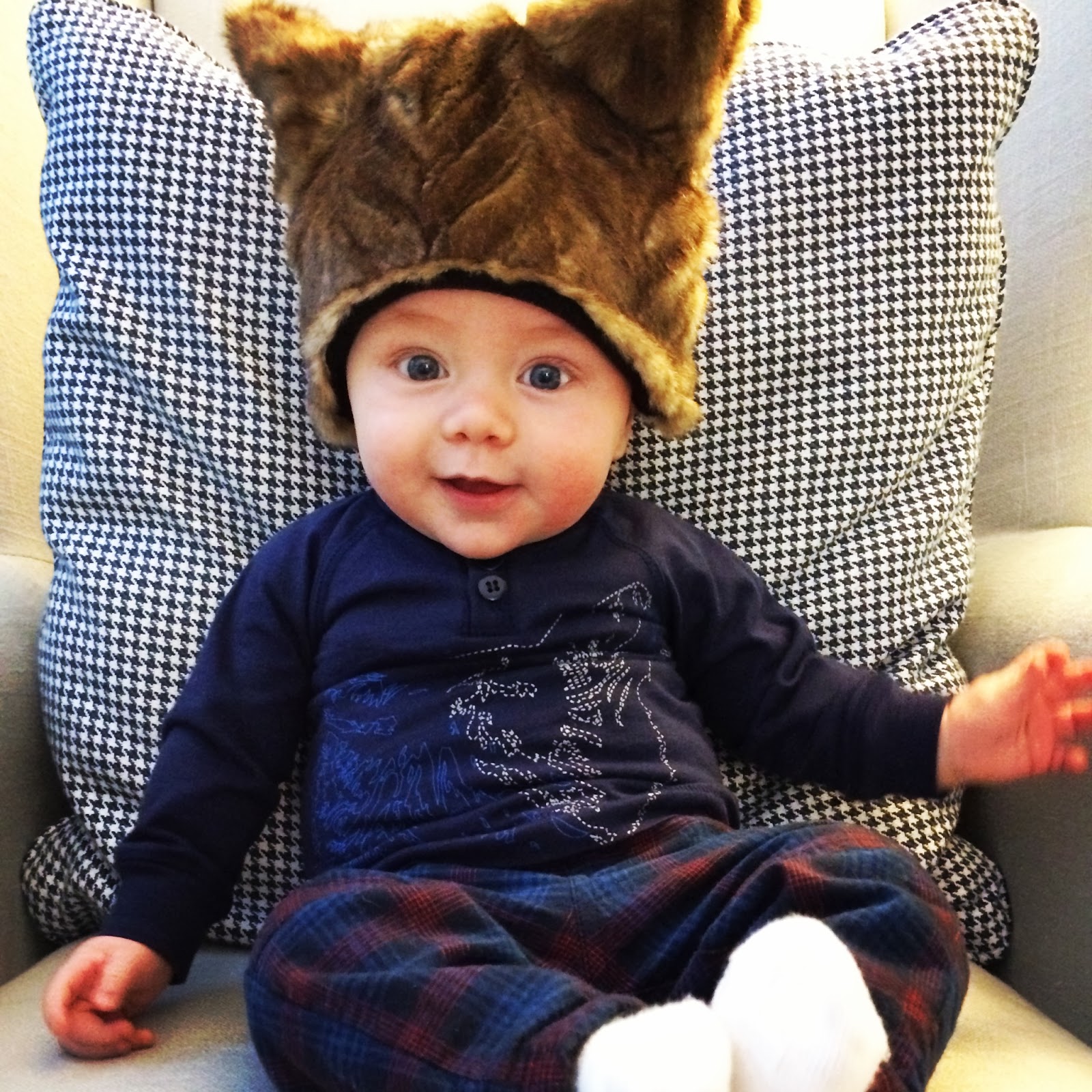 It has been an unbelievably cold winter, so Graydon and I have spent a lot of time snuggling at home, doing our best to keep warm. One of my favorite cold weather accessories for him is the custom faux-fur wolf hat that my sweet friend and super talented fashion designer Kelly Lynne made for him. It's so cute and cozy, and you just need to take one look at his face to see how much he loves it! 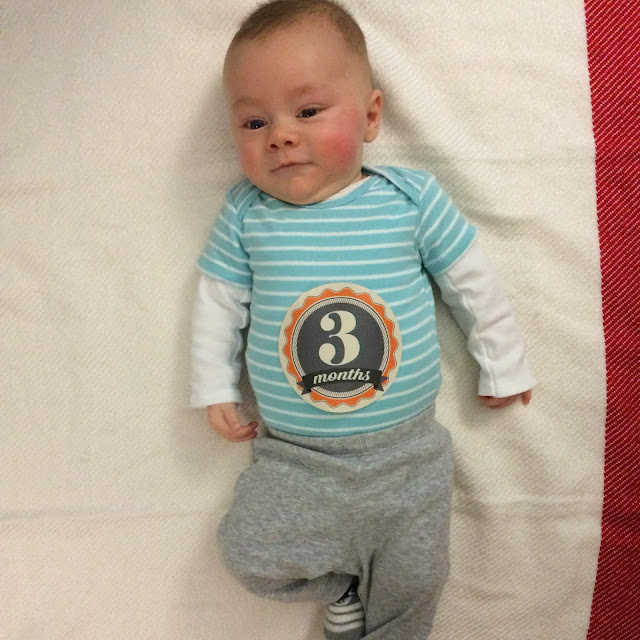 Graydon turned three months old on January 2, which means we're approaching some pretty major transitions. I'm going back to work this week, and Graydon is starting daycare two days a week. I'm at once anxious to be separated from my little guy and excited to get back to work and have some time to myself. It's going to be the biggest change in our lives since he was born.

I'm particularly anxious because Jon and I haven't had much luck getting Graydon to take a bottle. On a good day, he'll drink a little and then just play with the bottle; on a bad day he flat out refuses to even put the nipple in his mouth. I discussed all this with his teacher during our pre-visit to the daycare, and she said the first day will be difficult, but he should learn pretty quickly to drink from the bottle when my boobs and me aren't around as a back up. I'm hoping the experience isn't too traumatic.

Other than daycare and bottles, the biggest question people ask us is whether he's sleeping through the night yet. The answer to that: NO. In some ways his sleep patterns are very consistent - most of his sleep is concentrated at night (thank god) and he only takes brief naps (35-45 minutes each) during the day. Other than that, his sleep is pretty inconsistent. Sometimes at night he'll sleep for five or six hours straight, sometimes he's up every two hours. It's totally unpredictable. We're starting to think about sleep training and how we want to approach that whole situation. While I don't mind waking up a couple times a night to feed him (I've adjusted to the lack of sleep and handle it pretty well most of the time), it would be amazing if he would start sleeping through the night, or at least get a little more consistent so we could possibly make plans in the evening from time to time.

But please don't think for a minute that I'm complaining - as far as I'm concerned (and I know I'm totally biased), he's the most amazing, perfect baby in the whole world.
Posted by paper + cloth at 3:12 PM No comments: