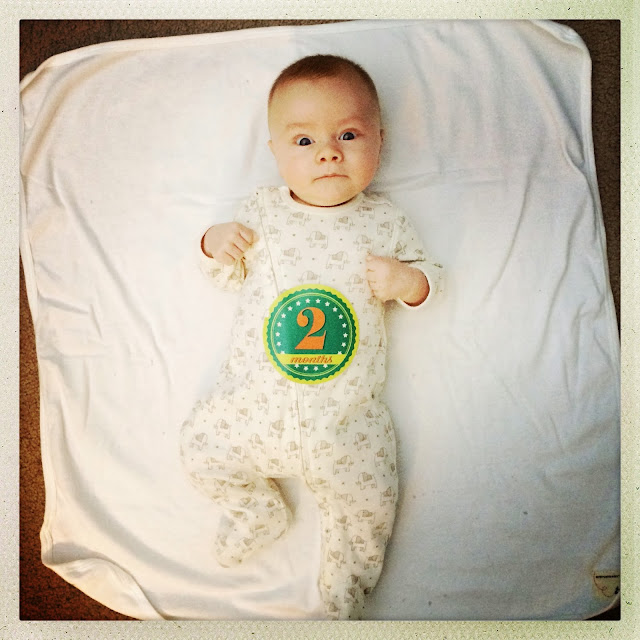 Ok, so before I dive in, let's be honest - this post is more like "motherhood at two-and-three-quarters months." Graydon hit the two month mark on December 2, and since then it's been hard to find the time to post. His second month on Earth was definitely a month of ups and downs. Graydon discovered his smile, and he started talking, talking, talking. All those little coos and ah-goos are the most precious thing in the world, and I live for his sweet, adorable smile. But his big, long, magical afternoon nap disappeared, and Thanksgiving was an overstimulating nightmare (all those strangers making so much noise, no wonder the poor baby had a meltdown). I cut dairy out of my diet because Graydon's doctor suspected he might have a lactose sensitivity, and he caught his first cold. I spent my first hours away from Graydon at a wonderful birthday brunch with my girlfriends, which was also Jon's first time alone with the baby (I think I had more fun than he did). Overall, it was a month for learning - I'm becoming more in tune with Graydon and what he needs in a given moment, and it's been fascinating to watch his personality start to blossom. He's the most amazing thing that's ever happened to me, and I love him so much it hurts.
Posted by paper + cloth at 11:47 AM No comments: 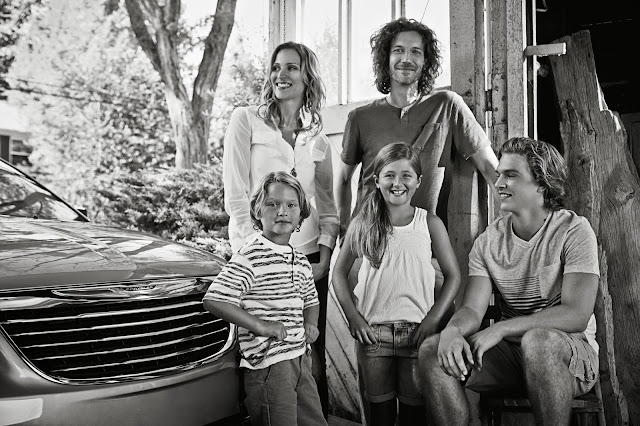 One of my favorite projects this summer was shooting the Chrysler Town & Country brochure with one of my all-time favorite photographers, Lians Jadan. I styled wardrobe and props over two days, the first during sunrise at the Detroit Yacht Club on Belle Isle and the second at a lovely home in Grosse Pointe. Our "family" of models was an absolute dream to work with, and it was fun to go outside my comfort zone and source everything from electric guitars and amps to surfboards and footballs for the props. I absolutely love the way the images turned out - check them out below and go here to see the complete brochure!
Read more »
Posted by paper + cloth at 4:20 PM No comments: