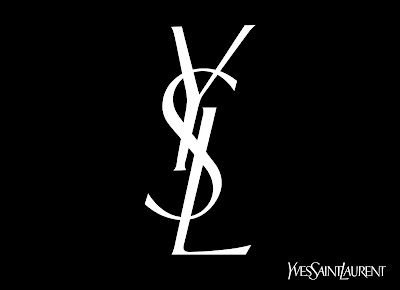 When Yves Saint Laurent the man founded his couture house in 1962, it was the start of a new fashion empire. The house's history is, according to Voguepedia, "a capsule version of the modern fashion industry - from its beginnings in couture to the eventual dominance of ready-to-wear to the rise of global conglomerates through branding and licensing. Saint Laurent not only witnessed these changes, he helped instigate them, with the assistance of [longtime partner Pierre] Berge."

Couture, pret-a-porter, cosmetics, perfumes, menswear, eyewear, shoes, handbags - it's an empire that eventually proved too much for its sensitive, turbulent founder to handle, and Saint Laurent began to retreat from the world in the late '70s.

But Yves Saint Laurent the brand has endured for 50 years, thanks in large part to the new generation of designers who have carried the torch for the revered founder. Saint Laurent oversaw couture himself until 2002, when he presented his final collection and retired. But Rive Gauche, the ready-to-wear collection and what today we think of as YSL the brand, is a different story.

The Alber Elbaz Years
In 1998, after years of being handled by muses like Loulou de la Falaise and other assistants, Saint Laurent tapped rising star Alber Elbaz to design Yves Saint Laurent Rive Gauche. Elbaz, who was working for Guy Laroche at the time, told the New York Times, "For me, this isn't a career move but the realization of my life's dream."


After a lukewarm response to his first collection for the house, Elbaz's Spring 2000 collection was a hit. Robin Givhan of the Washington Post wrote that he "not only pulled the collection from the brink of death; he has also rejuvenated it." Later that year, Gucci Group bought took over YSL, and rumors began to spread that Elbaz would be replaced.

In 2000, it happened. Despite a strong third collection, YSL's new owners announced that Tom Ford would take over as creative director.

The Tom Ford Years
The sexified direction Ford would take the house in was established right out of the gate - the designer, who was also creative director at Gucci, art directed a now iconic ad campaign for the YSL fragrance Opium. Shot by Steven Meisel and starring a naked Sophie Dahl, the ad had to be withdrawn from the U.K. for being too racy.


The rest of the Ford era was just as steamy, until PPR bought a controlling stake in Gucci Group, YSL's parent company, and Ford announced he would leave when his contract expired in April 2004.


The Stefano Pilati Years
In 2000, Stefano Pilati left his job as assistant of both menswear and womenswear at Miu Miu to work for Ford at YSL. Two years later, he was promoted to design director for all of the Yves Saint Laurent Rive Gauche product lines, and when Ford left in 2004, Pilati was named creative director. True to the house's DNA, Pilati's first collection was panned but proved to be influential, launching the tulip skirt trend.


Pilati's tenure at YSL was marked by highs and lows. In 2008 he introduced the Tribute shoe, still a major seller, and the brand broke even, thanks in large part to leather goods. Pierre Berge, who never approved of Pilati's work, excluded the designer from the opening of the YSL retrospective exhibit at the Petit Palais in Paris in 2010. Despite that, Pilati's Spring 2011 collection was a comprehensive, critically acclaimed tribute to the late couturier.


This February, mere days before the fall 2012 show walked in Paris, YSL announced Pilati's departure as creative director regardless of continuous business gains under his watch. Pilati told WWD he's "incredibly proud of what I have accomplished with my teams over the past decade at Saint Laurent...I exit the house with a fierce conviction in all that we have achieved and deep gratitude to those who have supported me along the way. I wish the maison Yves Saint Laurent and its new creative director the very best for the future."

The Future
Shortly after Pilati's final show, YSL announced that Hedi Slimane, the menswear wunderkind who designed for YSL Rive Gauche Pour Homme from 1997 to 1999 would return to the house as creative director. Slimane, who has never designed a womenswear collection, will present his first collection for YSL in June for Resort.